Celebrate with the RCA

Join us for the Summer Patio Concert Series! A family-friendly, free, outdoor concert series, featuring some of Kelowna best established and up-and-coming music acts. Celebrate the RCA’s 20th Anniversary summer with us. No RSVP required! Just bring a lawn chair or blanket to the Common Space outside the RCA on July 19th, 26th, August 2nd, and 9th and enjoy some live music while soaking up that beautiful Okanagan sunshine. Food and beverages will be available at Roma Nord Bistro.

The series is hosted by Scott Hackman of Stingray’s New Country 100.7, and will be broadcast on his afternoon drivetime show for New Country: "Live from the RCA". ⁠

This event is supported by: 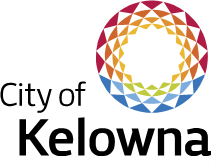 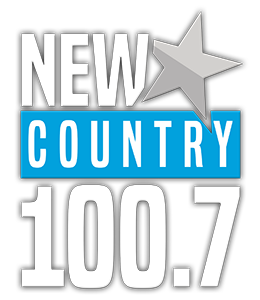 Exuberant, vibrant and irrepressible – Mabaleka is a both a musical bond and a brotherhood of spirit; two Canadian siblings -- Malusi and Khosi Mabaleka – who write, perform and record country-folk music. Propelled by the dynamic rhythms of powerful tandem guitars, their handcrafted harmonies transport convincing messages of optimism and celebration from the prairies of Saskatchewan to the world.

Mabaleka cut their proverbial teeth performing above the rowdy din in raucous venues in Canada and Ireland. Since their founding as a duo, Mabaleka has released two EP’s, A narrative video for their single “Crashed Upon The Wave,” garnered an honor for the Ottawa International Film Festival “Music Video of the Year” and their most recent “Group the Year” nomination at the Saskatchewan Country Music Awards.

In recordings, Mabaleka might augment their sound with additional instruments, but in live performances they maintain the unmistakable musical chemistry of two brothers, two guitars, and one kindred sound in harmony with passion and purpose.

Rare to find a voice that can move mountains, let alone one who speaks on behalf of them: Leila Neverland is undeniable. Her nature-based art and nuanced compositions leave audiences wanting more as her powerful message lifts them out of the humdrum of daily life, and lands us all beyond what is right and wrong. Currently working on a full album, this local artist also offers forest theatre for children and a monthly wild apothecary walk to empower our health sovereignty. Have a listen to her most recent release Little Big Storm, available on all listening platforms.

On a very basic level, windmills convert energy. As an artist, Windmills does much the same thing, taking personal tragedies, triumphs & memories & transforming them into songs dripping with heartbreak & anguish. Inspired by the natural beauty of his surroundings, raised in 2 countries with deep international roots & a restless curiosity for sound, Canadian-born Windmills began creating music in 2011. As a performer he toured across North America, performing at major festivals & intimate rooms, while creating a name for himself & his trademark sound. That sound, known as “Moody Indie Swoon Pop”, has become something carefully cultivated & obsessed over, with careful thought & attention to where it leads, consistently challenging it to further evolve. There’s an immediacy & a sense of nostalgia to Windmills’ work, something foreign & familiar all at once.

The work speaks for itself, & has been featured in films, television, documentary projects & ad placements globally since 2013. As a composer, Windmills has written original scores for short films, theatre, & YouTube series. Compared to Patrick Watson, Jon Hopkins, Ólafur Arnalds and Johan Johannson, Windmills has proven he can’t be classified by any one genre or any one label itself.

Born from the mind of Tega Ovie and Georges Nasrallah, Post-Modern Connection has taken their sound from a university dorm to headlining festival stages. Over the past 4 years the band has carved out their unique space in the modern indie scene with their globe-spanning influences and genre-bending sound. With inspirations like Summer Salt, Hippocampus and HYUKOH, Post-Modern Connection excels at arranging complex compositions into an effortless listening experience. The more you listen, the more you uncover. Unafraid to explore the bleaker aspects of relationships and reality, their melancholic lyrics are often juxtaposed with infectiously upbeat instrumentals. This can all be heard on their Debut EP Clustered Umbrella released Oct 2021.

Juno nominated The Oot n’ Oots make music that is, to quote Jerry Garcia, not for kids only.

Hailing from the Okanagan Valley, BC, the band includes 15-year-old Ruth Cipes  (described as “a force of nature” by Spare the Rock, Spoil the Child host Bill Childs) with her dad Ez and uncles Ari, Gabe, and Matthew. In performance the group casts a spell of freedom, lightheartedness, and laughter with their wildly imaginative music that draws on diverse influences from the history of rock n’ roll. This is truly entertainment for the whole family, enlivening community, joy, and understanding through free-spirited musical performance.

The band has appeared at numerous festivals including the Philadelphia Folk Festival and has been honoured on “best of lists” and with awards and nominations in Canada, the USA, and Australia.

The Oot n’ Oots released their third album, Ponderosa Bunchgrass and the Golden Rule, on October 15, 2021 and was nominated for “Children’s Album of the Year” at the 2022 Juno Awards.

The eclectic, upbeat, and ethereal music of The Meliponas has been creating a stir in the Okanagan since the band launched in early 2018.

The 4-piece instrumental band out of Kelowna, BC, is made up of Victor Hugo Cobian (lead guitar and charango), Lucie Bardos (rhythm guitar), Megan Frederick (bass), and Ethan McKibben (drums). The four musicians’ varied musical and cultural backgrounds reflect clearly in their music, which pulls from a variety of international sounds. In their original compositions, listeners might hear variations of Brazilian Samba, Peruvian Huayno, or Jazz Manouche, while at the same time experiencing something completely unique.

Since their inception, The Meliponas have performed at festivals, such as the Kelowna World Music Festival, the Okanagan Wine Festival, The Seismic Festival, and the Fireside Festival, while also fitting very well into more intimate settings such as restaurants and breweries.

The name of the band comes from The Melipona Bee, which is a type of stingless honey bee that is native to Central and South America.

Jodie B is an Alternative Hip-Hop artist producing, writing and live looping her original productions. Her message promotes authenticity, equanimity, and perseverance. From busking on the streets to international festivals, Jodie orchestrates through a purple bass, a Fender Tele., and a 6 key harmonica belt, often performing with her sister Nique Blue, with her mandolin, saxophone and guitar. She has performed at Monday Mag’s “Best Music Festival in North America” Shambhala Music Festival in 2015, 2017, 2018 and 2019 and has opened for artists such as Kytami, DubFx, The Pharcyde, and Methodman & Redman. Jodie B has produced and co-produced for hip-hop legends including Q from Snotty Nose Rez Kids, Mayday!, Nino Bless and Slug from Atmosphere in 2020.

Jodie is establishing her career as a producer out of Frequency Sound 528, promoting safe spaces to record in and encouraging others to pursue their dreams. In 2021 Jodie B proudly joined the Danio Management family; home to artists including Stickybuds, KLab, Slynk, Fort Knox Five, JPod and Featurecast.

Goldsauce is the Okanagan’s premier funk band. This trio brings high octane funk infused with influences from jazz, rock, blues and even reggae. You can expect the thickest tightest grooves all while getting sprinkled with improv's throughout their performance. Goldsauce is that perfect sauce that goes good on everything!