A Night with the Dreamland Band

On February 21, 2020, at the Mary Irwin Theatre (Rotary Centre for the Arts) 7:00 to 9:30 PM, the Dreamland Band will hold a concert as a fundraising event for the Starbright Children’s Development Centre. The band will be joined by two singers: local talent Alisa Anderson and international performer Marty Edwards who has numerous television credits (including Oprah Winfrey, Jay Leno, and CNN). The evening’s music will comprise of traditional arrangements from Glenn Miller to Gordon Goodwin as well as original arrangements written for the Dreamland Band by our lead alto sax player, Malcolm Green. Marty will be doing a salute to artists such as Engelbert Humperdinck, Tom Jones, Kenny Rogers and more!

Starbright Children’s Development Centre is a charity and a not-for-profit agency that has been providing early intervention services for babies, toddlers, and preschool children for over 50 years in the Central Okanagan. 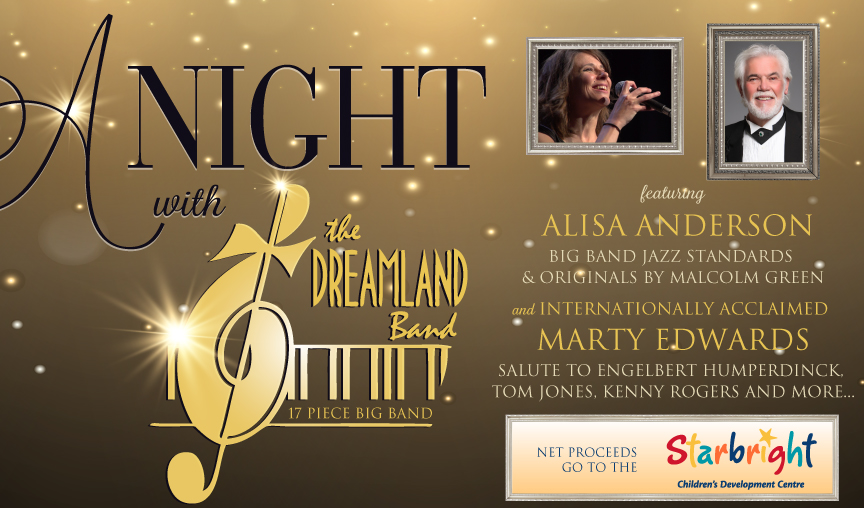